Welcome once again to Toni Taddeo's Tuesday 4
where we hope you will stretch your mind, your imagination and your friendships online by sharing a bit of yourself with others.

This week the subject is Your Home .

1. What kind of home do you have and does it need repair or improvements this year?  We live in a single family home, I think it would be considered a bungalow.

2. How do you accessorize your home inside and out?    Plants, art, books, wall hangings, maybe music in the background?  I have several wall hangings and pictures on the walls.  It has a country feel to it.  I rarely play music in the house anymore, but sometimes the tv is on.  If I am alone, it is quiet.

3. What objects reside on your coffee table? Night stand? Side tables? Kitchen/Dining table?   My side table has a small lamp, a candle, a picture of Josh and a couple Colleen Hoover books. 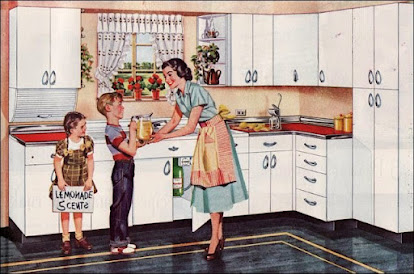 4.  Do you like your kitchen organized and with counters cleared off or do you prefer to have out the things you use often?     Do you mind  what some might see as clutter or do you hate having to dig out tools and appliances  when it comes time to use them? and prefer to have them within easy reach?  I like cleared off counters, but we do not have a lot of space, so there are things sitting on the counters. 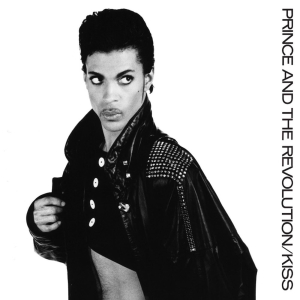 1) In this week's song, Prince insists there's no particular sign he's more compatible with. Do you take astrology seriously?  Not at all.

2) He tells his prospective lover there's no need to be flirty. Are you a good flirt?  no

3) He refers to the nighttime soap opera Dynasty. Were you a fan?  I do not think I ever watched it.  We had an antenna and only a few channels came in well enough to watch.  The channel Dynasty was on was fuzzy, so we didn't watch.

4) "Kiss" was recorded at Sunset Sound Recorders in Hollywood. Built by Walt Disney Studio, it's the studio where the soundtracks to Mary Poppins and 101 Dalmatians were recorded. When you think of Disney movies, what's the first song that comes to mind?  It's A Small World.

5) Prince said he was "obsessed" with Mozart and read everything he could find about the master. Do you often read biographies? If yes, who was the last one about?  I like to read fiction.

6) He loved snacking while watching a movie in the theater and would mix Goobers (chocolate-covered peanuts) with his popcorn. When you go to the movies, do you visit the concession counter?  Not as often as before, but sometimes we get this combo that has a small popcorn a small drink and some kind of candy.

7) In 1986, when this song was popular, Peewee's Playhouse premiered. While ostensibly for children, this show had many, many adult viewers. Do you ever watch kids' shows today?  I teach 4-5 year olds, so sometimes we turn on a cartoon during indoor recess.

8) Also in 1986, Sears shoppers were painting their interior walls with "Country Clover," a pale beige with a hint of pink. What color is the room you're in right now?  Well, that is really close to the same color as in my living room.  Maybe we need to pick a color not from 1986.  I like it though.

9) Random question: Do you enjoy pressing the pedal to the metal and driving fast?  yes, so I use cruise control, but it is set a few miles faster than the speed limit.

1. What is your favorite accent?  Australian

2. What is your favorite animal?  dog

3. What is your favorite band?  The Cars

4. What is your favorite childhood book? The Miraculous Journey of Edward Tulane

5. What is your favorite color?  all of them

6. What is your favorite drink? Pepsi or Sweet Tea

7. What is your favorite flavor of ice cream? vanilla

8. What is your favorite place on the planet?  anywhere with my family

9. What is your favorite sandwich?  club

10. What is your favorite swear word?  dang it, crap

11. What is your favorite thing to wear?  yoga pants, t-shirt and tennis shoes.

12. What is your favorite food to eat on a rainy day? potato soup

13. What is your favorite food to eat on a sunny day?  BLT

15. What is your favorite snack?  crackers of some kind for salty and chocolate for sweet. 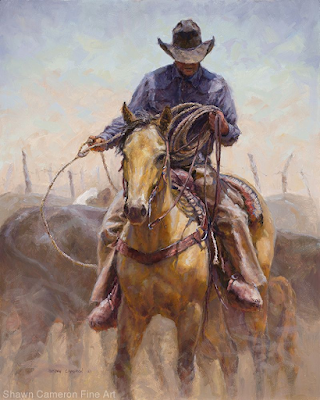 Today let's talk about  the West.

1. Got some favorite Cowboy or western movies or TV shows you have liked?  I currently watch Yellowstone and I love that one.  My dad watched a lot of westerns.  The ones he watched were pretty good.

2.  Ever been to a rodeo or horse show of any kind?  I have been to the rodeo a few times.  I went to a horse show once.  I think we were with friends at the horse show.  I don't remember much about it.

4.  How would a vacation on a dude ranch suit you?  I would like it, but I would only do relaxing things.

Welcome to the first Saturday 9 of 2023.
1) In this song, Tom Jones wants to know what's new in his girl's life. Here at Saturday 9, we're concentrating on the new year. What do you hope will be new and different in your life during 2023?  I would like to go and do more non work-related things this year with my family.
2) He sings that he has flowers for his special girl. Are there fresh flowers in your home right now?  I still have poinsettias in my house.
3) He also wants to spend hours with her. What is something you'd like to spend more time doing in 2023? I had mentioned in another meme or blog post that I did not have much to look forward to this year and that I was apprehensive about the New Year.  I need some things to look forward to, like a day trip or going to a movie.  It does not need to cost a lot of money, but set some things up.  I think Josh would enjoy Memphis and that is not far from where we live.
4) Before his music career took off, Tom Jones supported himself by selling vacuum cleaners. Could your home benefit from a once-over with a vacuum right now?  It could always benefit from a once over with a vacuum, but it isn't too bad.
5) Memorabilia from Tom's 1990 world tour was available eBay and the bids went up to $599 a jacket worn by the stage crew. Have you ever bought anything at an auction (online or otherwise)?  no
6) Tom's adult grandson, Alex, represented Wales in rifle shooting in the Commonwealth Games. Is there a sport you'd like to try, or get better at, in 2023?  I have several friends that play Pickleball and I hear it is a good game for the aging community.  I would try that.  I loved playing tennis when I was young.
7) In 1965, when this song was popular, Tom Jones made a new friend, Elvis Presley. Tom had a meeting at Paramount Studios to discuss recording a song for a movie soundtrack and Elvis was finishing a film. It was the beginning of a friendship that would continue for the rest of Elvis' life. Did you make any new friends in 2022?  I did!  I met a lady at work named Debbie.  She was working in the classroom next to me last year.  We became good friends and we work together this year in my classroom.  The teacher she worked with last year retired and my assistant had a baby and is staying home for a while.
8) Also in 1965, The Sound of Music premiered and became one of the most successful movies of all time. Have you seen it?  Oh yes!  That is a favorite at my house.

9) Random question: Were you like those shoppers we saw on TV, in line at a retailer after the holidays to exchange a gift that wasn't quite right?  no, I have only exchanged something once.  I really wanted the item, but I needed a different size, so I exchanged it and was able to wear it.  I am not really one to return gifts.  I love anything anyone gives me. 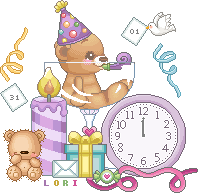 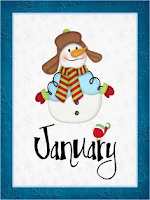 Welcome to Toni Taddeo's Tuesday 4 in the new year. We wish you a
very Happy New Year!

January is named for Janus the two faced god who looked into the past
and future. Some believe he was Noah who may have been worshipped
by his progeny. He certainly looked into the pre flood world and the new
world. The Anglo Saxons called this month Wulfsmoanth. Let's talk about
January.

1. January 1, 1892 Ellis Island opened it's doors. Did any of your relations
enter the United States through Ellis Island? If not, do you know your family's
history? I am not sure.

2. Januray's birth stone is garnet and the flower is the carnation. Do you have
favorite gem stones or flowers? My favorite stone is Sapphire which is my
birth stone. I like roses and carnations for flowers, but I really like all
flowers.

3. January 6 is Epiphany. Many take that day as the final day of the Christmas
celebration and take down their decor. What about you? We took out tree
down on January 1st and I cleaned the house really good. I like to do clean
so I don't have to worry about it once I go back to work (today-Tuesday)
...first day back from break.

4. There is some evidence that January can set the tone for your entire year.
What do you think of this? Do you make resolutions, etc? I don't know.
If you are setting good habits and sticking to it, it could set the tone. I
do not make resolutions. I did once or twice and even did good most of
the year, but they just do not work out for me.

Word of the Year 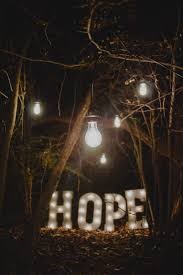 If I am telling the truth, I am feeling more apprehensive about the New Year.  I felt that way the past couple of years though.  Instead of apprehensive, I am going with the word Hope.  Hope is defined as a feeling of expectation and desire for something to happen or a feeling of trust.  I am going for the latter.  I know good things as well as bad things will happen this year in my life and in the world.  I am getting older, my mom is getting older.  I am going to hope and pray this year brings us good things and when the bad things happen, I am going to trust everything to be ok.  I know this is kind of depressing from me, but that is how I am feeling as I write this.  I really think that we need to plan some things to look forward to.  Weekend trips, theater, movie night.  It could be anything.  I want it to be a vacation at some point.  Just things to look forward to.

Anyway, Josh finished work yesterday (New Year's Eve).  He will be off until March.  I am glad for him to have a break.  I love having breaks from work.  It is a time to rest and refresh.

I am trying to get in one more book before I go back to work on Tuesday.  I am reading The Dutch House by Ann Patchett.  It is really good so far.

I hope you all have a great New Year!