Saturday 9: Got My Mind Set on You

I Got My Mind Set on You 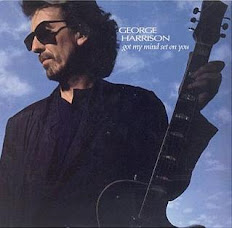 1) George Harrison sings that he requires money, patience and time. Which of those three do you wish for most this morning? I am going to go with money since it is Christmas.  I am always wanting more time too...but I will say money.

2) This was long one of George's favorite songs. He first heard it back in September, 1963 -- months before the Beatles became an international phenomenon -- when he visited his sister in Benton, IL. Is there a song that reminds you of a trip you took?  no and music is so important to me, but I do not remember much music from trips.  I think we are always busy doing things or visiting.

3) For years, George thought his birthday was February 25. When he was 17, he saw his birth certificate and learned he was really born on the 24th. His mother explained that he was born just before midnight on the 24th and she didn't get to hold him until early morning on the 25th, so she considered the 25th as his birthday. Do you know any interesting stories about the day you were born?  I am adopted, so no.  I know I was born on a Wednesday from looking at calendars.

4) When George was just 14, he met Paul McCartney on a bus en route to school. Tell us about a time when you met someone who ended up changing your life.  I walked into church and was on my way to sing in the church choir when one of the guys from choir came and asked me if I would like to go and see a musical with him.  I believe it was Cats.  I told him I did not know him well enough to go out with him, so we got to know one another through our mutual friends and eventually I did go out with him.  We went to see The Music Man.  That is how I met my husband Karl.
5) Then 17, John Lennon was not interested in letting George perform with his band. He dismissed George as too young. Paul insisted George get a chance and the rest, as they say, is history. Tell us about someone who stood up for you and helped you succeed.  I will say my co-workers at school.  The administrators are always so kind as to help me along and get me good teacher training.  They tell me the good things I am doing in the classroom and give suggestions on how to improve.  I feel like they do such a great job at helping all the teachers succeed.
6) In the 1970s, George took up gardening. He said that clearing away weeds and overgrowth helped him clear his head, and he was very proud of his jasmine flowers. What's your hobby? Why do you enjoy it?  I enjoy reading.  I love how it helps me relax and I always enjoy a good story.  I am a bit of a book addict.  Ok, speaking of George's Jasmine flowers...that is my favorite flower scent.  I love Night Blooming Jasmine from Bath and Body Works.  I also have some body butter that is called Joy and Jasmine from The Body Shop.  It is glorious.
7) He also enjoyed playing ukulele and encouraged others to do the same. George often gave ukuleles as birthday and Christmas gifts. What's the last gift you received?  One of my co-worker's gave me a body lotion set this week for Christmas.  It smells so nice.
8) At the Academy Awards in spring 1976, another George was in the news. George Burns won an Oscar for his performance in The Sunshine Boys. Who was in the last movie you watched?  Cameron Mathison and Jennie Garth.  They were in a Christmas movie called A Kindred Christmas on GAC channel on our Frndly streaming service. 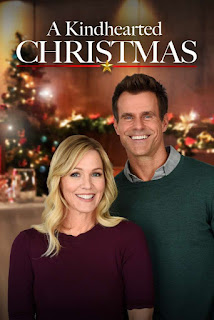 9) What's the last thing you dropped? Did it break?  I dropped some glitter on the floor the other day, it did not break, but some spilled out on the floor.  I did a lot of glitter art projects this week.  The kids loved it.