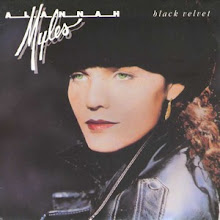 1) This song was chosen because yesterday was Black Friday, the traditional day of sales. Have you begun your Christmas shopping?  I have bought a few things for my mom and Josh.  I have also got my co-workers gifts done.

2)  Was there an adult beverage served with your Thanksgiving feast?  Sweet Tea

3) Did any pets enjoy scraps from your Thanksgiving table?  not really.  They had some crumbs, but I typically do not give them things from Thanksgiving.

4) Are there any Thanksgiving leftovers in your refrigerator right now?  Oh yes.
5) Football is a popular Thanksgiving weekend pastime. Will you be watching any games over the next few days? If yes, which team(s) are you rooting for?  I am a KC Chiefs fan, I really do not pay any attention to other teams.  Karl does and he watched the games on Thanksgiving.
6) This week's song is by Canadian Alannah Myles. She was born Alannah Byles (with a B), but changed her name to differentiate herself from her father. He was influential in Canadian broadcasting and she didn't want to be accused of riding his coattails. Have you ever received a professional leg up from a relative?  no, I have always gotten my jobs on my own.  Once I was hired at my current school my friends from high school found out and then it was not a secret who I was.  The people that hired me did not know my dad.  There are plenty of people in the district that do though, so they are extra kind to me because they loved him.  I wanted to get hired because of what I can do, not who my dad is and I did that.
7) In Canada, Thanksgiving is celebrated on the second Monday in October. Instead of pumpkin pie, Canadians traditionally enjoy butter tarts for dessert. What dessert was on your Thanksgiving menu?  turkey, mashed potatoes and gravy, corn, green beans, cinnamon applesauce, dressing, hot rolls, pumpkin pie and chocolate pie, German chocolate cake (my mom's birthday cake) and white cake with coconut icing (my mom made that one...she has a thing for coconut).
8) "Black Velvet" is a tribute to Elvis. Songwriter Christopher Ward said he was inspired by a trip to Memphis, long after Elvis' death, where he spoke to The King's fans and was touched by how much they still loved their favorite singer. Who is your favorite singer?  I don't really have a favorite singer.  I like a lot of artists.

9) Share a memory from Thanksgiving 2020.  I remember it was a bit scary.  It was just Karl, Josh and I and my mom came over.  I was so scared she was going to get covid.  She didn't.  We watched some tv and visited.  We did the same thing this year.