Saturday 9- Ain't That a Kick in the Head

Ain't That a Kick in the Head 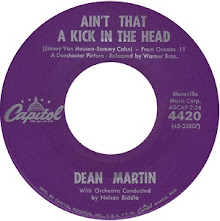 1) Dean Martin asks the musical question, "How lucky can one guy be?" Tell us about a time when you got a lucky break.
After I quit my first teaching job I was for the first time with no job.  I had always secured a job in the past before quitting and starting a new job, but this time I just knew I had to leave that environment and I quit.  I feel lucky that I was able to get another job only after a few months with the school I attended school at when I was a kid.  My dad also taught there.  It was one of the best decisions I have ever made.  I have met a lot of good friends and been reunited with classmates and I love working there.  I got a call today that they have moved my things into my new classroom, so I can go get started putting the classroom together after they wax the floors.  I am so excited.

2) This song was introduced in the original Ocean's 11 movie. Have you seen it, or the remake and its sequels?  I saw the re-boot and the sequels.  I need to watch the original.

3) All the Ocean's movies are about heists. Why do you suppose audiences enjoy watching caper films?  good casts and action.
4) Dean was born in Steubenville, OH. Though he seldom returned to his hometown, he kept Steubenville in his thoughts, regularly donating toys to area children hospitalized over the holidays. Who received the last gift you gave?  My mom.  I got her a present for Mother's Day.
5) Dean was extremely claustrophobic and avoided elevators whenever possible -- and even when it wasn't. He was late for the first night of an engagement, even though he was staying at the hotel where he was performing, because he insisted on taking the stairs from his luxury suite to the showroom (18 flights). The hotel put him in a smaller, less prestigious room on a lower floor so he could more easily arrive on time for his own shows. Have you ever been stuck in an elevator?  no, I am not claustrophobic, but I would hate being stuck.

6) He and Frank Sinatra were great friends, but they had their differences. For example, Frank loved to party and Dean hated it. One of Sinatra's favorite stories was about how Dean got bored with a party in his own home and went up to his bedroom to watch TV. When the guests didn't take his hint and leave, Dean made an anonymous noise complaint to the police, who came over and broke up the party. When it comes to parties, are you more like Frank or Dean?   I am like Dean now, I do not care for parties.  I was like Frank when I was in college.  I liked to throw parties.
7) Dean Martin had a secret passion for comic books. He loved them, but was too embarrassed to buy them himself. What's your guilty pleasure?  I like to think of certain tv shows as guilty pleasures.  I watched the O.C. several years ago and I felt like it was a guilty pleasure.  Probably certain books I read are guilty pleasures too.  My facebook games I would say are guilty pleasures as well.
8) In 1960, when this song was released, Princess Margaret married photographer Antony Armstrong-Jones. Their relationship began when he was commissioned to take her official portrait. Who took the most recent picture of you?  My friend Lorna took a picture of me with two other co-workers at school.  I am on the back right.  It was twin day or something, so we had a picture taken.  Lorna was not dressed like us or we would have definitely had her in the picture. 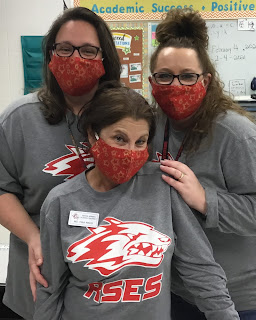 9) Random question (Not really so random, considering Dean Martin's reputation): Do you have a hangover remedy to recommend?  no, I always suffered and never knew what to do.  I don't drink anymore...that is my remedy I suppose. 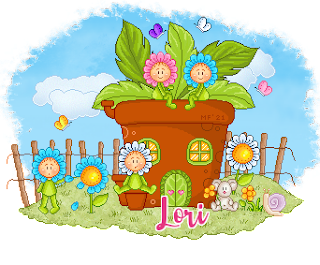