Saturday 9- Battle Hymn of the Republic 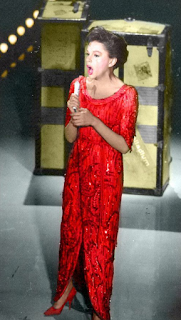 Unfamiliar with Judy Garland's rendition of this week's tune? Hear it here.

Memorial Day is the federal holiday designated to honor American service people who died in battle.
1) On May 30, 1868, President Grant presided over the Memorial Day observance at Arlington National Cemetery. Have you ever visited Arlington Cemetery? no, I haven't, but I would love to.

2) On Memorial Day, it is customary to fly the flag at half-staff until noon and then raise it to the top of the staff until sunset. Will you be flying the flag at your home this weekend?  We are expecting rain for days, so probably not.  I don't fly it in the rain.

3) Memorial Day was originally called Decoration Day, because flowers and ribbons were left on graves of soldiers.  Do you find solace in visiting cemeteries?  not really.  I might if I did not have my mom with me every time, but she is usually there talking loud at the grave "mama, I am here"...I just have to walk away and clean up headstones.

4) The lyrics to this week's song were written by Julia Ward Howe in 1861. Her inspiration was a White House visit with Abraham Lincoln. In 2020, public tours of the White House are available but you must request your ticket in advance from your Member of Congress (House or Senate). When you travel, do you plan your trip weeks before you go? Or do you decide how your days will unfold once you reach your destination?  We typically have things planned out ahead of time, but I also like to throw a few small things in that are not scheduled for fun.  Sometimes those make the best memories.


5) Judy Garland performed this week's song before a live audience as a tribute to President Kennedy, who had been assassinated just weeks before. She knew Kennedy personally and considered this a farewell to a friend. While the performance was difficult for her -- at one point she flubs the lyrics -- she believed it was important, and could perhaps help the country heal. Tell us about a song that reminds you of someone you loved who is no longer with us.  I guess I will say In the Summertime.  My dad sang this all of the time.  It is an old song and I had never really even heard it except him singing it, so I do not ever hear this song, but if I did...I would think of my dad.

6) John F. Kennedy served in WWII and was awarded a Navy and Marine Corps medal and a Purple Heart. His brother Joe also served and was awarded the Navy Cross, but he received his citation posthumously, having died during a flying mission over East Suffolk, England. Here at Saturday 9, we consider everyone who serves a hero and want to hear about the veterans and active military members in your life.  This is my dad's brother...my Uncle Gary.  He died in Vietnam.  My Grandpa (my mom's dad) served in WWII and he survived, but died several years ago. 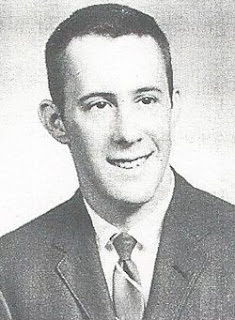 7) Memorial Day is considered the beginning of the summer season. Will you be enjoying warm weather this weekend?  Rain, rain and more rain.

8) Berries are especially popular in summer. Which is your favorite: strawberries, blueberries, blackberries or raspberries?  Strawberries, I LOVE them!!!